The 3 Pyrenean stages of the 2015 Tour de France played host to numerous events, not just limited to the actual racing. We asked Dr. Jean Pierre de Mondenard (doping specialist and archivist) several questions with a view to him giving us his opinion on these recent events. For those who don't know of him, you can read about him in the magazine "Not Normal?". 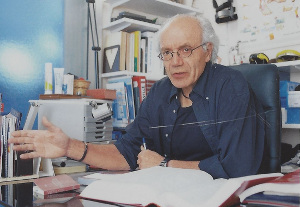 ChronosWatts : What do you take from the performances of Froome and his Sky team during these Pyrenean stages?

Dr. Jean-Pierre de Mondenard : All cycling's great stars have used the same strategy: get it all out on the first mountain stage, deal a knock-out blow to their rivals and then manage the advantage. Once the race is blown apart things become clear!
Like Indurain during his era, or Armstrong at Sestrières for example, Froome gave his all on the climb to Pierre-Saint-Martin. Afterwards he eased back and took his foot off the gas a little. Perhaps largely due to the collection of observers calling his performance, one that seemed to them so reminiscent of the Armstrong era, into question. Then because he left the stage victory on Plateau de Beille to Rodriguez and seemed content with just marking his rivals; Armstrong would perhaps not have done the same, he didn't care for the image it gave of him as underneath it all he was a thug!
For their part, the members of Sky manoeuvred their rivals aside with strong-arm (and elbow) tactics to arrive at the foot of the climbs well placed, according to stories from within the peloton. They are here to win at all costs.

What disturbs me is Team Sky in its entirety. A rider like Geraint Thomas for example, who sets the pace for everyone on a climb and finishes with the top guys, yet whose best finishing position in a grand tour is 22nd in the 2014 Tour de France. That leaves me dubious. And you have to remember that the rider who leads the train on a climb burns a lot of matches!
In the same manner Porte dislodged many riders on Pierre-Saint-Martin even though he had ridden at the front on the climb, before then coming back to Quintana. That leaves me thinking that the whole team are on the same regime. The other team members had also done a lot of work before. You really get the impression that Sky are a clone of Armstrong's team.

Extract from "The Secret Race" by Tyler Hamilton and Daniel Coyle, on the subject of power on climbs.
History is always there to help make things clearer for us. In all outrageous moments of sporting domination, by a team or by a country, doping has always been present. East Germany, US Postal... In the 60s, the whole world was in raptures about the performances of the Americans in athletics. We know now that doping was always there during this time of the Cold War. The Russians turned to testosterone, and in reaction the Americans turned their attention to anabolic steroids. We have testimony telling us that on American training camps there were salad bowls full of multicoloured pills, and that the athletes helped themselves to handfuls as they pleased.

History shows us that when athletes outrageously dominate a sport where their 'engine' makes the difference, doping is always there.

CW : In the videos published during the "SkyLeaks", episode we were able to see different data values from Froome's climbing, notably his heart rate. We see that his pulse never progresses more than 7bpm (154 to 161) when he produces his most violent effort (28:15 in the video). Supposing that these values are exact (and they seem to be, Froome has mentioned that his maximum heart rate is 170bpm), what can we conclude from this?

JPdM : From my medical experience and what I know about maximum heart rate, that seems surprising to me. These accelerations and the decoupling that are in question took place on the ascent of a mountain. At altitude heart rate is supposed to rise due to the effects of diminishing oxygen. Here it's more or less the inverse that should happen, heart rate should increase more than normal. The Ventoux tops out at 1910 metres!

In all medical studies on maximum heart rate we reckon on '220 minus your age', with variations up to 10%. For a 30 year old rider you would expect more around a maximum heart rate of 190bpm. Exceptional cases can see as low as 170 or 180bpm. There can be explanations. If you are a 'sub-carrier' of oxygen, your heart rate can rise higher to counteract this. So when he goes from 19-31kmh there are two hypotheses: either he is a 'sub-carrier' of oxygen, or he still has reserves left - in which case he is a mutant. In this case he needs to give us his physiological data: his VO2 max, his maximal power output, his maximal oxygen consumption etc. If he wants to remove all doubt he needs to give us this data.
But not like Armstrong who falsified his results. Armstrong had given his VO2 max, but when Lemond released his own that was well above anyone else in the world Armstrong then went and changed his!

When you hear testimony of riders that get caught out in the mountains they say: 'I couldn't raise my heart rate' or 'I was already at my max heart rate, I couldn't go any faster'. Froome is the opposite. His heart rate practically doesn't rise even though he accelerates. He's a mutant. And all this is happening at altitude.

CW : Concerning his pedalling cadence, we see that it went from 110 to 120 RPM when he attacked on the Ventoux. You can't help but think back to what Tyler Hamilton said in his book the fact that Armstrong developed this style of pedalling under the advice of Dr Ferrari.

Extract from 'The Secret Race' by Tyler Hamilton and Daniel Coyle, on the subject of advice from Dr Ferrari.
JPdM : We need to bear in mind that the more cadence is increased, the more the cardiovascular system is used, and you head towards a respiratory limit that will restrict your effort. Breathing rate will go out of control a bit and you will eventually end up out of breath.

Concerning his cadence, we must remind ourselves that Armstrong was in the same waters and we know why he was turning what he was! In the area of the hour record riders hold a cadence of between 110 and 120, for one hour and on the flat. It's an incredibly hard effort that corresponds to the ascent of a very long climb. The energy expenditure in an hour record attempt is enormous (between 1700 and 2000kcal). All the best riders who have attempted the hour record have finished in a terrible state. Merckx couldn't walk when he got off his bike, he had to be carried.
Froome trains at these cadences, notably during his efforts up the Col de la Madone. Visibly this effort and cadence seems to cause him little trouble.

Let's remember that at the end of the '50s Charly Gaul - the famous Luxembourgish climber - turned over a small gear of 3.95m (47x25) at 110/115 RPM when he was really attacking a climb. In this era amphetamines were the main stimulant for the giants of the road.

Extract from 'The Secret Race' by Tyler Hamilton and Daniel Coyle, on the subject of advice from Dr Ferrari on the power necessary to win the Tour de France.

CW : And what about these rumours/fantasies of mechanical doping?

JPdM : When you don't have access to the bioenergetic elements (to assess whether or not a performance would be possible solely with mechanical assistance) you look to find a different explanation... and obviously since that Tour of Flanders where Cancellara dropped Boonen, we start to ask ourselves lots of questions. But I think it would be easily testable. There are also question marks around motor homes now as well. The UCI decided to ban riders from sleeping in motor homes. But who makes sure that at night staff are on the bus and riders are in the hotel? The rumour is also that they may have altitude tents or hypoxic systems that would send them up to 3000-4000m during the night to stimulate the 'natural' production of EPO. The AMA wanted to ban these tents, but gave up on it on the pretext that they posed no risk to the user.

Top level competition exacerbates this search for performance and recognition. To always be better known, recognised, idolised, applauded etc. The more an event is covered, the more the downward spiral. Teams look to achieve maximum efficiency by any means possible, in theory through legal methods. And we know that these days there are many doping products that are banned but undetectable...
Mechanical doping and 'things that happen on the bus' are fantasies of course. But knowing human nature and knowing top level sport, there is a 99.9% chance that illegal methods are used as silent "guarantors" of fairness.

The UCI has a duty to be more visible with this sort of thing. But the failing is there, you can't wait for the UCI to be as professional as cycling teams. They live on the fame of the stars, they're not going to go out of their way to bring them down. All the more so with the Tour de France which is the symbolic shop window of cycling. The UCI is not going to show upmost motivation to bring down its flag. It's clearly necessary that there is a need for independent organisations to be there to seek out cheaters, and above all for it not to be the UCI or national federations. This system's been screwed up for 50 years. (see the last article by Pierre Ballester and JP de Mondenard here).

Jean-Pierre de Mondenard was consulted for a parliamentary inquest into the fight against doping in March 2013 (The commission that revealed EPO doping cases in the '98 and '99 tours, notably implicating Laurent Jalabert). You can find his excellent piece here:
video (french) : http://videos.senat.fr/video/videos/2013/video17036.html
text (french) : http://www.senat.fr/compte-rendu-commissions/20130311/ce_dopage.html