Article written by Antoine Vayer and published in the french newspaper LeMonde on the 28th of July 2018. Thanks a lot to the translater Pablo Ruiz Lara (@Pablosti) for the english translation !

Twenty years after the Festina affair, Antoine Vayer, the former coach of the team that symbolizes doping in the Tour de France, explores the metamorphoses of cycling. 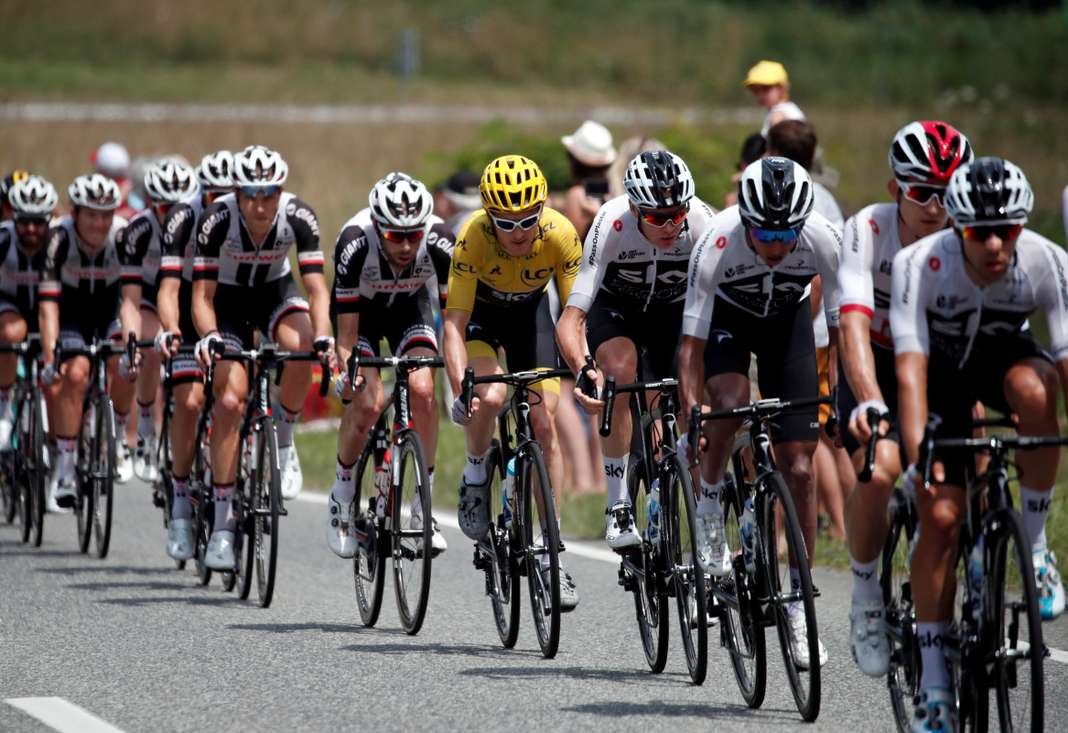 It's not about justifying but the facts are there: doping is worthwhile, still and always. Cafeine, corticoids, Tramadol : the base products used by a part of the peloton answer to three criteria to identify them as doping products ? performance enhancement, health risk and totally opposed to the sport spirit ? and however, they're legal.

Their use by team Sky, at least in the past, has been proved. Have those products allowed Geraint Thomas to develop in average around 420 watts in the main six mountain summits finals of the 2018 Tour de France? As his predecessor at team Sky, Bradley Wiggins, started the Olympic fire, the Welshman has started the fire of the exploits at a level that we thought extinguished forever.

Doping is worthwhile: the commentators, the consultants, the experts in the most followed communication media are, very often, the ones who have whitewashed the cheating. In the denial of its past, even under oath in front of the Senate, they support it, by minimizing nowadays doping. This has enabled them to get on the social elevator and to earn, this way, money and notoriety. Having been caught and suspended by the patrol during their careers is even a gain. Lance Armstrong used to tell me, before the resolution of his case that would end up in an agreement with the US justice: "Antoine, they claim 100 million dollars. I don't have them". He has just given back around ten. He hosts his own talk-show. Doping is worthwhile during the sport life and after it. It is an investment. Committing a robbery guarantees the author a good retirement and the later conversion inside the cycling world.

I have talked long enough during those last twenty years with the four presidents of the International Cycling Union (UCI) to know it. Hein Verbruggen, from the EPO era, the first cycling gravedigger, reassured my sporting manager at Festina who was afraid that one of our riders would be controlled positive in a doping test. Since 1999, he rejected the expression "cycling at two speeds" et he threatened those who dare to use it.

His successor, Pat McQuaid, from the Armstrong's second era, in between a couple of beers, he praised the researches that looked for the legitimacy of Lance's performances. He condemned the never-ending French proverb "it is impossible to win the Tour de France taking only crystal-clear water". He knew everything.

Brian Cookson, from the Froome era, in the UCI headquarters in Aigle (Switzerland), swore to me that he would restore cycling credibility due to his Anglo-Saxon culture. Defeat. The Frenchman David Lappartient knows everything too. He has just had the time, in one year and with great costs, to disallow mechanical doping.

Doping maintains a ton of people, among of them are organizations and laboratories who presumably are fighting it. Some of them don't go beyond of accompany that doping and they hide behind the topic: "the cheaters have the advantage". They also live off the decomposed beast. Those who don't want to lie nor to cheat are forced to stay quiet and pedal with their head down or they are left out if they dare to talk. They try to improve their human possibilities thanks to their fierce work but they have to be content with a consolation reward. They have to conform with it while the ones that run the sport don't clean it for them. But doping is prompt in paying and it will be hard to end with this golden egg goose.